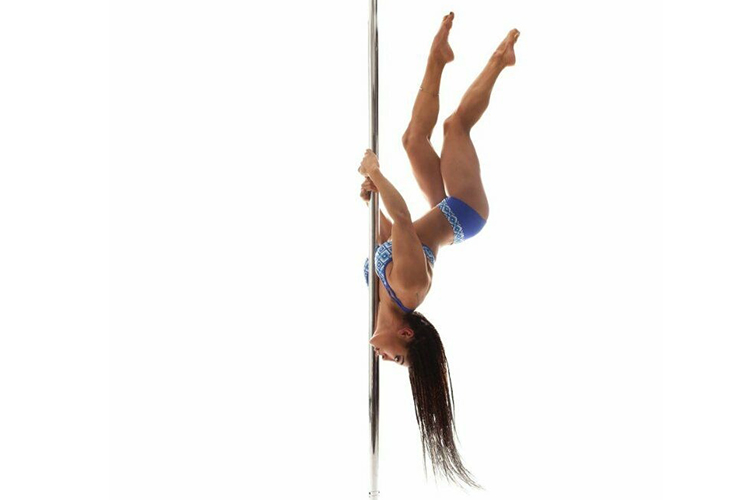 Haelee is a Pole dancer from Australia. She holds the title for the 2016 All Ireland Pole Dance Championships.

As a young whipper snapper Haelee was never pegged as a dancer. She was a massive tomboy and had always been labelled as the strong sporty type that would kick all the boys butts in anything competitive.

Naturally in this warped society it was drummed into her that you were either strong and athletic or girlie and ladylike but never both. This is a belief that stuck with her for many years. It was engrained into her until, at 23, she was given a voucher to try Pole dancing. This opened her up to a domain where strength is sexy, athleticism is admired, femininity celebrated and sisters are found. For the first time in her life she celebrated herself just as she was with a squad of badasses behind her.

Haelee is on a mission to build a staunch community of fierce dancers taking on the world. Through relentless support, loving guidance and her unapologetic Aussie enthusiasm, Haelee will be your biggest fan and loudest cheer squad.

Teaching Pole, Twerk after work, barre, flexi-flow, movement and strength & conditioning allows her to give that gentle kick up the butt you know you've needed, in the most loving way possible.

A Unique Fitness ExperienceBook Now
You'll find a map to our exact location above. Visit the pages on this website for full details of what we have to offer.